This is the Carnival of Aces Round Up for the August 2019 theme “Deviant Identities.” Thank you to everyone who submitted this month!

The September 2019 Call for Submissions has already been posted by AsexualityArchive, with the theme “Telling Our Stories.”

The first submission is a poem entitled “Queer In My Dress” by demiandproud. The poem is followed by further exploration of the queerness/deviance of her asexuality.

This started out exploring a deviant (queer) aspect of my asexuality and ended up trying to express how queer (weird, outlandish, new, upsetting, estranging) asexuality itself can be. Particularly an aspect I don’t often see explored: that asexuality upsets both traditional and modern ideas about sexuality, often at the same time.

Next, Q of Q’s Book Reviews posted a submission entitled “Playing a Virtual Pet Game as an Adult.”

Everyone I know thinks I’m insane for keeping up with this. It’s not like they can die, they’re not real pets. But they feel real to me. One of my virtual pets even has her own twitter account. I do not have a twitter account for myself, nope, just one for my favourite virtual pet. I have cake on her birthday, for crying out loud.

Third, Ace wrote a post entitled “Deviant Identities” in which they talk about how their asexuality intersects with their aromanticism, being a kpop fan, and their nonbinary identity.

To put it simply, I feel more ace than usual when I try to interact with the many, many kpop communities. In fact, sometimes I feel alienated. The kpop idols are sexualized- in gifs, in their music videos, in fanfiction, in pictures- and it makes me incredibly uncomfortable, for various reasons but one of them is definitely due to my asexuality.

Fourth, SoulRiser posted “I identify as a unique consciousness” about not understanding identities, being nonbinary/agender, being on the ace and aro spectrums, having alexithymia, and being “very likely autistic.”

I’ve never been particularly attached to any identity. When I found out about asexuality and aromanticism, it was great, I had these new concepts that explained things about me. But they didn’t explain everything about me, and no collection of labels or identities ever will.

Fifth, luvtheheaven wrote about her experiences with kink despite not identifying as kinky, as well as about being a sex-averse and kissing-averse asexual, gray-pan-romantic, polyamorous, an atheist, nerdy, and fannish, and having cut her abusive mother out of her life. Her submission is entitled “Hi, I’m a Polyamorous Asexual Atheist (etc.).”

I want people who know me well to know I am deviating from the expected norm of being monogamous. I am already an open book who is super out about being asexual, and an atheist, and someone who cut her mom out of her life.

I am the Demi Deviant.
I deviate from the norm.
I write about my deviance.
Poetry is my dominant form.

I’m a deviant in other ways,
Apart from the mainstream.
I’m demi ace and aro,
Perhaps not what I seem.

That’s all for the month of August! Thanks again to everyone who participated/submitted, and to all the readers out there!

One thought on “Carnival of Aces August 2019 Round Up: Deviant Identities” 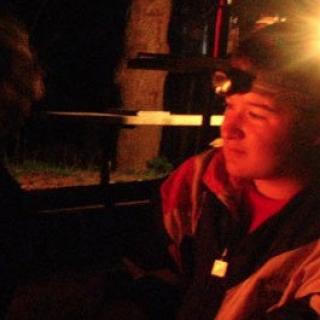